Space Shooter is a shoot 'em up game in the vein of classics like R-Type, Gradius and Ikaruga with a twist. The question that I asked when first approaching this game was "what if shoot 'em ups had a versus mode, how would that work?"

Players have access to 2 weapons, a standard shooter with infinite ammo and a special weapon (e.g. homing missles, lasers, rapid fire etc) with limited ammo that spawns randomly throughout the play session. There are also powers ups spawning on the level that if enough are collected by the players, will increase the players ship speed or there overall rate of fire for all weapons. 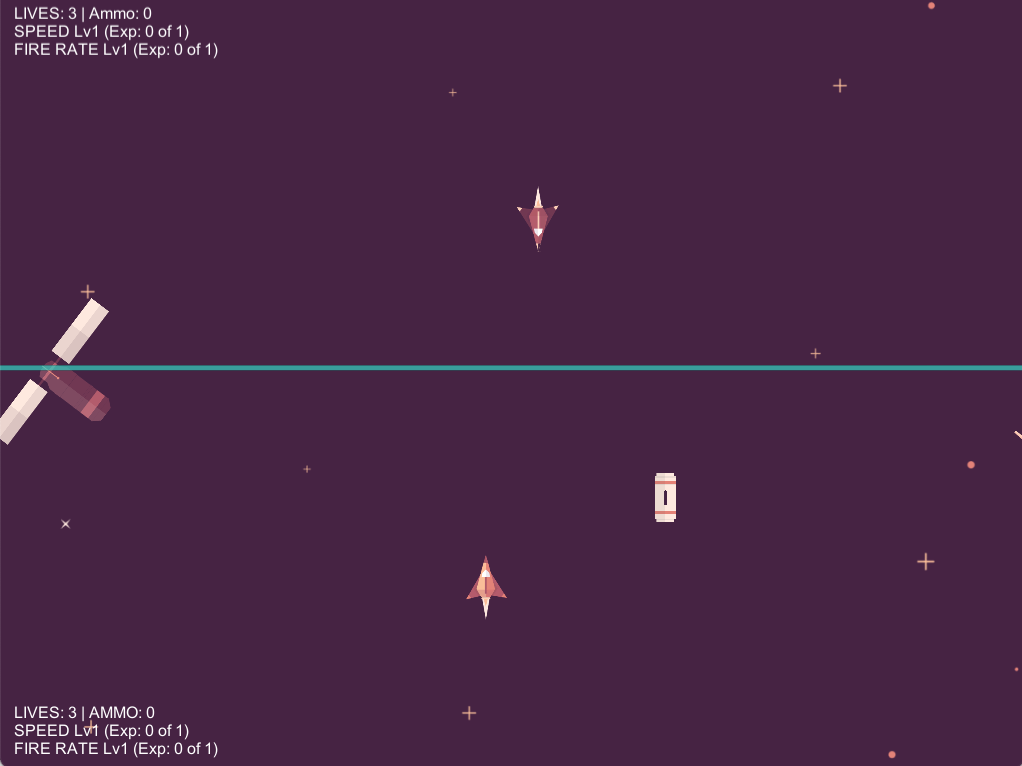 The objective of the game is to defeat your opponent, with classic shoot 'em up rules it only takes one shot to take out your opponent; both players have 3 lives, the last one left standing wins.